Holly Trantham is a mother, former high school teacher and dance team coach. The commonalities amongst her roles are significant, and the characteristics associated with each coincide with that of a prominent figure— a leader. She’s wildly confident, influential and supportive.  Her friends, family and children respect her for the strong-willed qualities she possesses. It’s no surprise that those traits continued to shine through as she received a life altering diagnosis in 2006. Much to Holly’s dismay, the lump she had been previously told was most likely benign, turned out to be triple negative breast cancer. 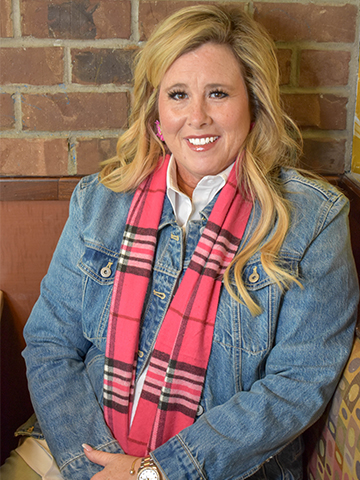 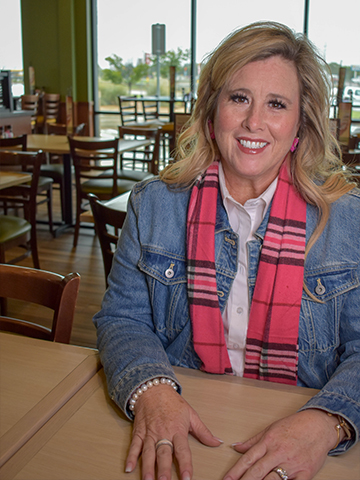 As Holly began treatment, her doctor was aggressive with his tactics, but was able to offer Holly hope that he could rid her of any and all remaining cancer cells. Holly underwent six rounds of chemotherapy and 30 days of radiation, each time reminding herself to forbid cancer from having the upper hand. She refused to consider herself a victim, and she proceeded to set an incredible example for those around her. With a total of 10 sick days at her disposal, she only used seven. As the dance team’s coach, she never missed a performance at a Friday night football game. Holly’s students were an inspiring distraction. They lent a helping hand throughout her illness and she inadvertently presented life lessons.

The positivity gained from the young men and women in her classroom had a profound impact. Holly carried those feelings and her teaching responsibilities well beyond school grounds. While undergoing treatment, rather than being consumed with her own needs, she focused on ministering to the other cancer patients. “I felt like I was giving them strength…I was upbeat, I was happy. It was my time to get in there and be a light,” Holly said. She recognized the importance of providing guidance and offering encouragement despite how poorly she felt. For those few hours, she became a symbol of hope and relief to the women and men she briefly shared the same room with. 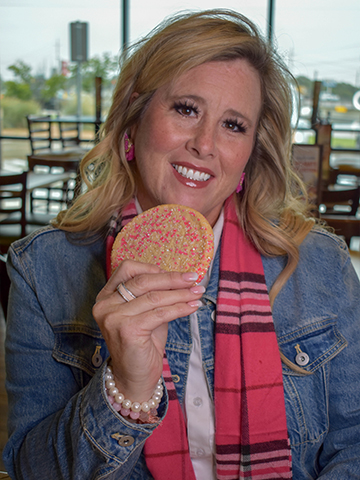 After defeating breast cancer at the age of 36, Holly is using the knowledge she gained to empower friends and family touched by misfortune. Although Holly was in the education field prior to her battle, she attributes her current mentality to her breast cancer journey. Holly’s once dark chapter furthered and strengthened her teaching ability and unleashed a desire to mentor on a much larger scale. “I battled this journey and I know the ins and outs of it,” Holly stated. She’s more aware of what people are going through and she understands what they need to get through it.

Holly and her husband have since made it their mission to cater, minister and support ill individuals, in addition to, the ill individual’s family. As a married couple who endured a harsh illness, they realized that “Everyone’s focusing on the victim and forgetting about the support…People are forgetting that the kids and the spouse are really struggling and internalizing it,” Holly said. The two have joined forces to ensure that each person affected by a loved one’s diagnoses receives comfort and care. 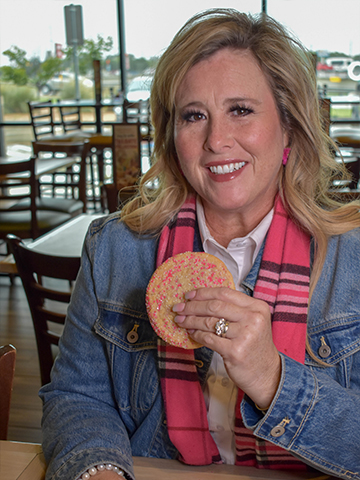 Holly’s battle with breast cancer has allowed her to set an extraordinary precedent. She’s using her voice to uplift many as she’s constantly rallying behind and walking beside those who need it most. The way in which Holly carries herself radiates confidence and conviction. It has been twelve years since she sat in that treatment center and spread positivity throughout the room. Yet, the light ignited in that moment has only grown stronger. Her ability to illuminate is no longer restricted to one space. Holly brightens the lives of all who come into contact with her, and that beam of hope continues to intensify.

We operate in 6 states
throughout the midwest.